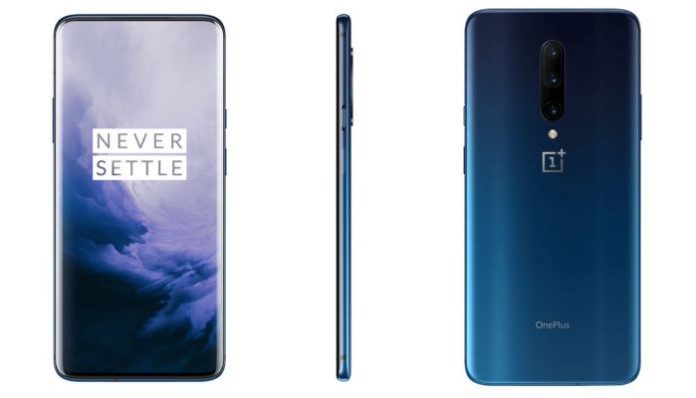 OnePlus will finally unveil its 2019 flagship show tomorrow, after a lot of fanfare. OnePlus 7 and OnePlus 7 Pro will be publicly unveiled at an event taking place at Pier 94 in New York, at 11 am EDT. It will be a very different event for a lot of reasons from the ones we’ve witnessed in the past. It is not just about affordable flagships anymore and a lot of new features and improvements will let OnePlus compete with the best smartphone manufacturers out there on equal terms.

Here we tell you 7 reasons why you should definitely be excited about the OnePlus 7 and 7 Pro launch tomorrow.

The company will launch two versions of its flagship at the same time for the first time in the history of OnePlus: The OnePlus 7 vanilla and the OnePlus 7 Pro. But this is not the only special thing: Not only will the OP7 Pro be the first Pro variant of a OnePlus flagship, it will also be the company’s first 5G smartphone. In addition to the Snapdragon 855 chipset, the handset will be equipped with the Snapdragon X50 modem which supports the 5G connectivity. So, as soon as a 5G network becomes available in your country, you will be able to take advantage of blazing speeds without changing your phone!

Several people have argued that displays of OnePlus smartphones have never been on the same standard as Samsung and Apple’s most luxurious flagships. But OnePlus 7 Pro will be sporting the most impressive display ever seen on a OnePlus handset and it can compete with the best flagships out there. CEO Pete Lau says, the phone will come with a display that is super smooth and very crisp. Besides being big-sized (6.67 inches), it will offer a high 90 Hz refresh ratio, a high Quad HD+ resolution with 1440 x 3120 pixels and even an outstanding color reproduction thanks to the DCI-P3 coverage and HDR10+ technology. At least on the paper, it has not so much to envy to the Galaxy S10 and the iPhone Xs Max which come with the most impressive AMOLED panels!

OnePlus has adopted a new , more innovative technology with the OP7 Pro to get rid of the bezels around the display. We ‘re talking about the selfie pop-up camera that will come out via a futuristic motorized mechanism. A solution that Vivo first embraced, and it is now becoming a real phenomenon. Unlike the notch, this does not in any way affect the show experience, but at the same time, it helps to provide the highest screen-to-body ratio possible.

Speed has always been one of the major advantages of OnePlus devices, and that won’t change with the new line-up. CEO Pete Lau confirmed a few days ago that the OnePlus 7 Pro will boast internal storage based on the UFS 3.0 technology, which is the fastest one ever seen on a phone. The phone can therefore achieve extremely high speeds of data transmission and thus increase overall efficiency. especially when opening apps. Samsung Galaxy Fold should have been the first phone to hit the market with UFS 3.0 storage, but it was retired due to display problems and now OnePlus 7 Pro will be the first. The handset will even be equipped with 12 GB of RAM in its most expensive variant, so you can even expect an amazing multi-tasking experience!

Even in the camera department you’ll see huge improvements with the OnePlus 7 line-up. Among them, there will be 3x optical zoom support on the Pro variant, thanks to an 8 MP OIS telephoto sensor. It’s not as high as the Huawei P30 Pro but it’s still incredible. The first camera sample with 3x shared optical zoom comes out with lots of detail and a way of higher image quality if we compare it with previous OnePlus devices.

A few days ago, Big G unveiled Android Q, the next major version of their operating system at Google I / O 2019. Until then, two betas of the new operating system had already been released and Google officially announced the third beta during the event. Unlike previous betas that were only available on their Pixel apps, there will be plenty of phones to get the third beta of Android Q. And the OnePlus 7 will be among them! Further, let’s not forget how light, user-friendly and well optimized OxygenOS will be, and the blazing speeds it will deliver.

7. Finally a top-tier flagship for OnePlus!

Despite the continuously rising prices of OnePlus products over the years , the company has always sought to cut back on places where it could save some money. The Strategy shifts with the OP7 sequence. Now, we can finally see the company’s real top-tier flagship: The OnePlus 7 Pro. Finally, no further compromises (with the exception of IP certification): the company chose not to cut down anything and pushed most of the departments to their current limits!

So, what are your thoughts about the OnePlus 7 Pro? Are you excited for the event?