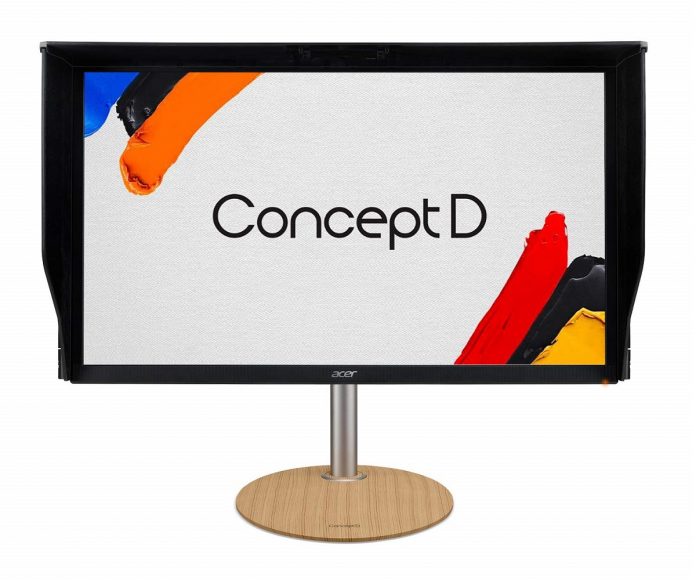 Combining the excellent 27′′ ‘4K’ UHD pixel density with a high refresh rate can deliver a very pleasing experience. This combination is offered by the Acer CP3271K (CP3271K Pbmiippruzx or CP3) and CP7271K (CP7271K Pbmiphzx or CP7), as members of the new ConceptD series. These models were built with designers in mind and have a little more aesthetic flair than most monitors. The stand base features a wood-grain effect plastic base and a contrasting silver-coloured cylindrical stand neck. The monitors’ sport relatively slim bezels, with a matte black plastic covering that covers the bottom of the screen almost fully. To put it another way, not a dual-stage design. It includes a detachable shading hood, which offers some extra glare-busting at the top and sides of the screen. The OSD (On Screen Display) controls are positioned at the rear of the panel, as seen from the center, on the right side. They involve pressable buttons and a joystick, for responsive menu system navigation. An ambient light sensor is included, so that the screens can adjust their brightness according to the lighting of the room. 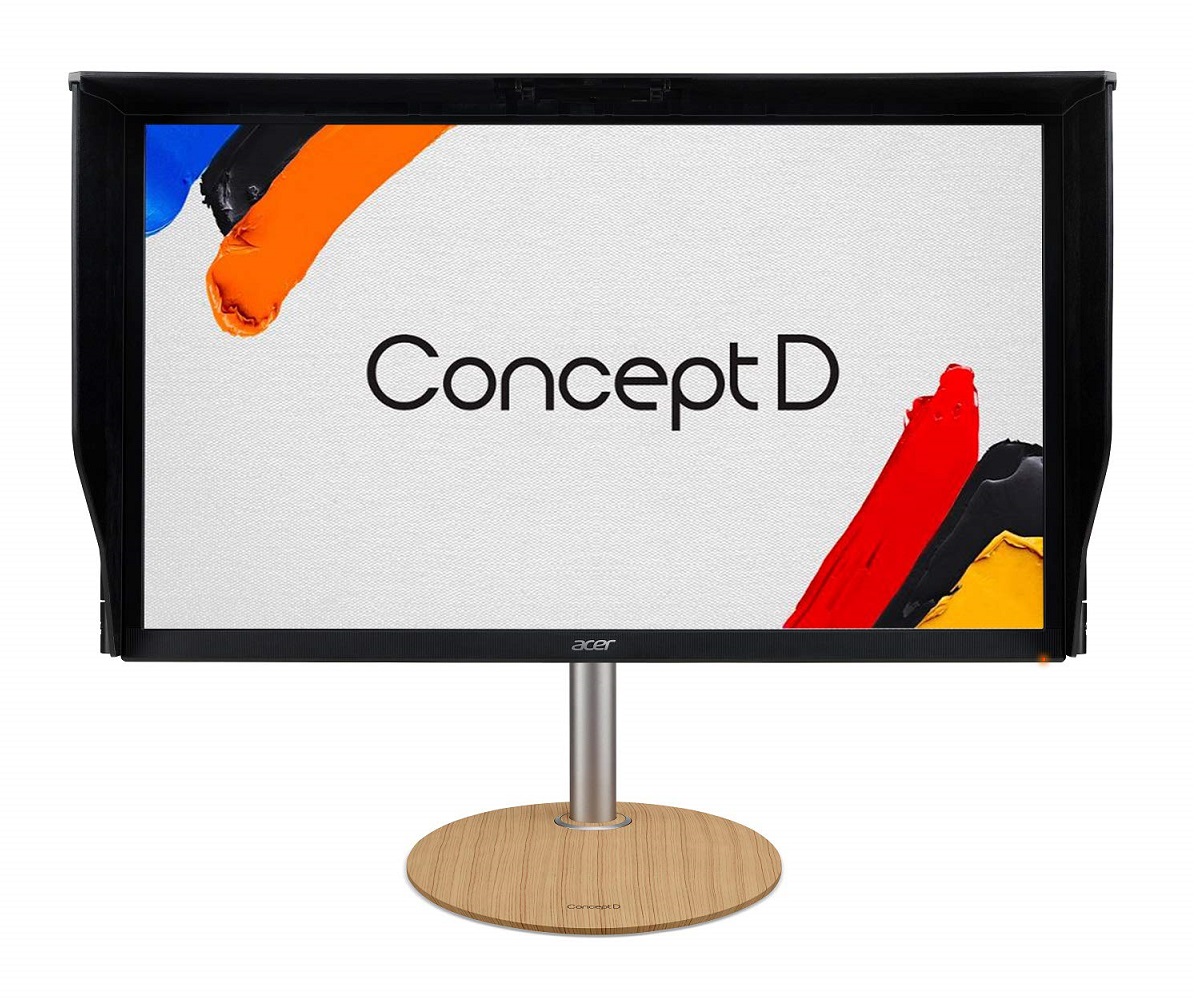 The monitors use IPS-type (In-Plane Switching or similar) panels with 27′′ 3840 x 2160 (‘4K’ UHD). More specifically AUO AHVA (Advanced Hyper-Viewing Angle) with light matte anti-glare screen surfaces, static contrast of 1000:1 and horizontal and vertical viewing angles of 178°. So unorthodox naming of the device, with first few digits varying from the scale of the computer. In addition to the variable refresh rate technology a refresh rate of 144Hz is provided. This takes the form of Adaptive-Sync on the CP3, including support for AMD FreeSync and Nvidia’s ‘G-SYNC Compatible Mode’ with a supposed 48 – 144Hz (plus LFC) variable refresh rate. The CP7, on the other hand, is a ‘G-SYNC Ultimate’ model with integrated G-SYNC module, supporting the technology on compatible Nvidia GPUs. As a ‘G-SYNC Ultimate’ model, the CP7 also offers support for VESA DisplayHDR 1000 with a 384 dimming-zone FALD (Full Array Local Dimming) solution to enhance contrast. The CP3 offers support for VESA DisplayHDR 400, without local dimming specified.

Both models are tuned by factory with a defined average DeltaE strobe operating mode backlight. The stand included offers adjustment in tilt, swivel and height. This can be removed and, if you prefer, alternative 100 x 100 mm VESA mounting may be used instead. The CP3 ports include; 2 DP 1.4 ports, 2 HDMI 2.0 and 5 USB 3.0 ports. They include the; DP 1.4, HDMI 2.0 and 5 USB 3.0 ports on the CP7. Most of the ports are located under a removable plastic cover, whereas 2 of the 3.0 USB ports (plus upstream) are located outside this to facilitate access. For good measure 2 x 4W speakers are also included. 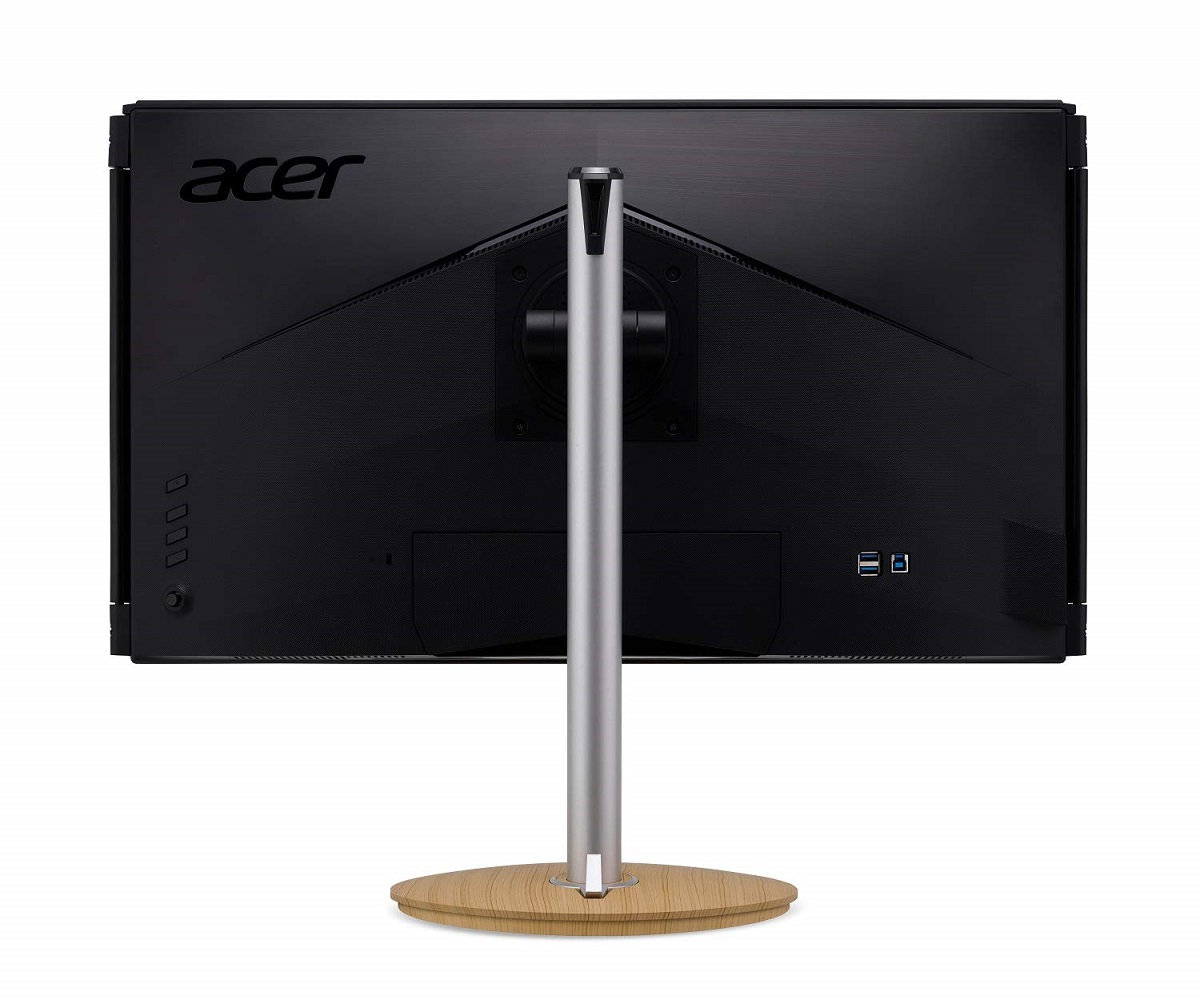