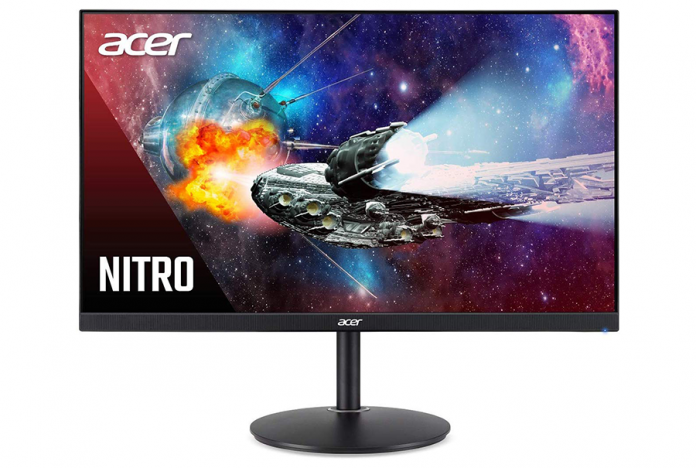 The picture quality out of the box is absolutely below average. Featuring 1920 x 1080 Full HD resolution in a 16:9 aspect ratio, the XF252Q 24.5 monitor has a low contrast ratio, great peak brightness, and good reflection handling.

The XF252Q supports HDR with no monitor benefits and is unable to display a wide color gamut and has no local dimming feature.

The viewing angles as you could expect from a TN monitor is disappointing. When you move your head in a horizontal or vertical plane from side to side, the contrast changes and the picture becomes washed-out and yellow hue. Because of their pixel arrangement, TN panels have always suffered from these restricted viewing angles.

A monitor with an IPS panel may be a better choice if the viewing angle is an important factor for you.

The XF252Q has additional gaming features:

The controls and display on the screen are simple to use, and some configurable hotkeys are available. Other added features you’ll find on this monitor.

Although this monitor is not officially compatible with NVIDIA G-SYNC, it only works with NVIDIA  adaptive sync mode over Display Port, but it can be activated manually from the NVIDIA Control Center.

The Acer Nitro XF252Q has excellent motion handling, and behind fast-moving objects there is almost no noticeable blur, making this a great gaming monitor.

With its outstanding ergonomics, the Acer Nitro XF252QX has an excellent height adjustment and a tilt range. On the rear of the monitor, the stand can be mounted on a fast release button and VESA. No advanced design features are available on the backside such as an RGB bias lighting system.

The design of Acer Nitro XF252Q makes it a good option for a dual or triple monitor setup.

Should You Buy Acer XF252Q

If you’re looking for an impressive gaming monitor, consider the Acer XF252Q for sure. It’s fast, has consistent response times, support for 240Hz native refresh rate, support for FreeSync and G-sync, very low input lag, and has an option for motion blur reduction backlight.

For most purposes, the Acer Nitro XF252Q is a decent monitor.

Overall, Acer XF252Q is not so very highly-priced. Similar monitor specs would have cost you at least $100 more to provide you with similar experience.