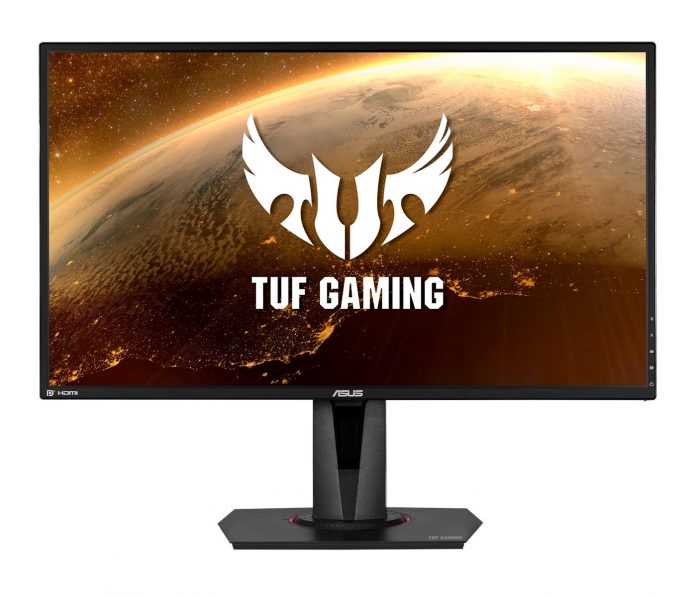 For many gamers, 27 “models with a 2560 x 1440 (WQHD) resolution and high refresh rate hit the sweet spot. The TUF Gaming line-up ‘s ASUS VG27AQ and VG27BQ are IPS and TN models which give these specifications, respectively. The styling is in line with many recent gaming models from the company. With an oddly formed stand base and plenty of straight lines-but overall a relatively minimalist style. Dual-stage bezels are used for the displays, with slim panel borders flush with outer components of the frame and slender plastic. The OSD (On Screen Display) is controlled, as seen from the front, by pressable buttons and a joystick at the back of the monitor, to the right. 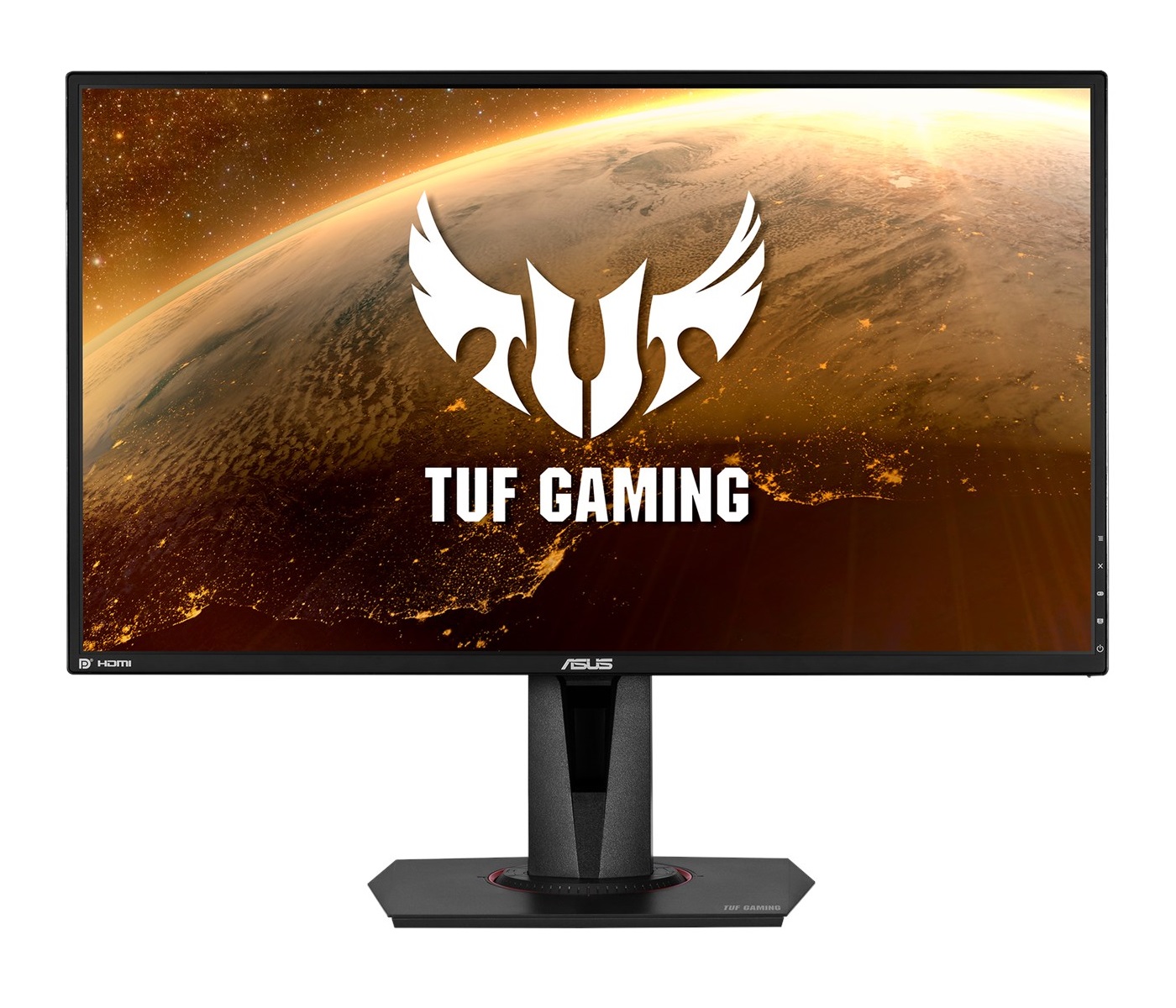 The monitors use 27″ 2560 x 1440 (WQHD) panels with a refresh rate of 155Hz and Adaptive-Sync support (including AMD FreeSync and ‘G-SYNC compatible mode’). The AQ model features an IPS (In-Plane Switching or similar) panel and is ‘G-SYNC Compatible’ certified, while the BQ model uses a TN (Twisted Nematic) panel and is noted as ‘G-SYNC Compatible Mode’ supporting it. The variable refresh rate range is 48 – 155Hz in both cases, with LFC or an LFC-like technology supported for dips below that. The AQ has 178°/178° horizontal/vertical viewing angles with a panel type known for strong colour consistency, whereas the BQ has 170°/160° viewing angles. Both models have a 1000:1 specified contrast ratio, employ matte anti-glare screen surfaces and offer 8-bit colour support. They feature flicker-free WLED backlights, indicating a standard maximum luminance of 350 cd / m2 and coverage of 99 per cent sRGB. HDR10 is supported, although this is only basic support – more of an emulation mode, with monitors missing even the lowest level of VESA DisplayHDR certification requirements. Also included are Low Blue Light (LBL) settings, to promote relaxed viewing.

For the BQ model, “… the fastest based on internal tests” is specified a response time of 0.4ms (i.e., using an extremely aggressive pixel overdrive level with as good as guaranteed a very strong overshoot). The AQ model has a stated 1ms MPRT response time, using the included strobe backlight setting ELMB (Enhanced Low Motion Blur). Both models feature this strobe backlight setting, specifically ELMB Sync which allows Adaptive-Sync to be used at the same time as the strobe backlight feature.Extremely rare combination. To reduce the input lag, both models also feature ‘GameFast Input Technology.’ The included stand offers complete ergonomic flexibility and can be removed to make way for a 100 x 100 mm VESA-compatible alternative solution. The ports are down-firing and include; 2 HDMI 2.0 ports, DisplayPort 1.2, a 3.5mm headphone jack and a DC power input (external ‘power brick’). 2 x 2W speakers are included for basic sound output. 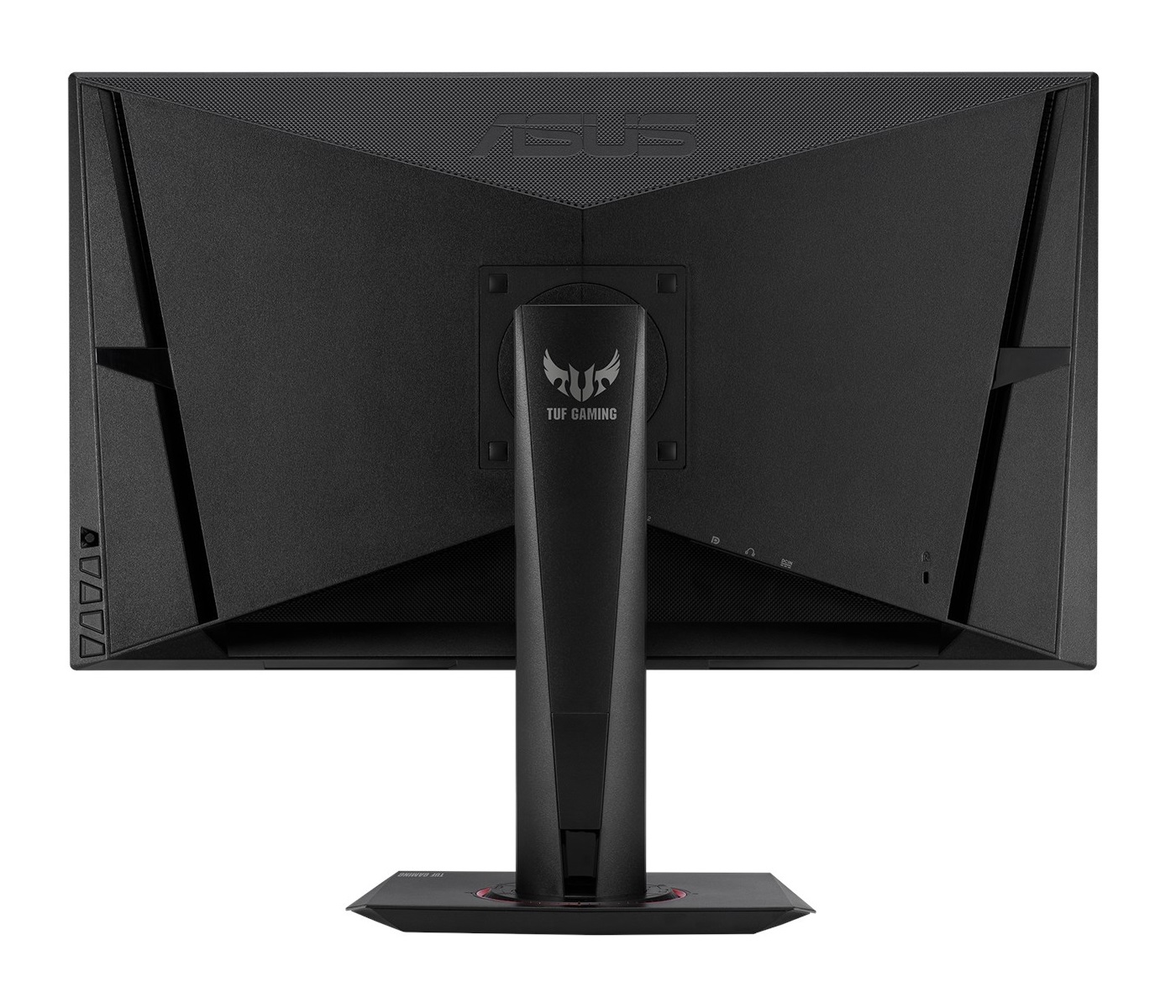 Further information can be found on the official product pages for the AQ and BQ models. Additional information such as price and availability still forthcoming.