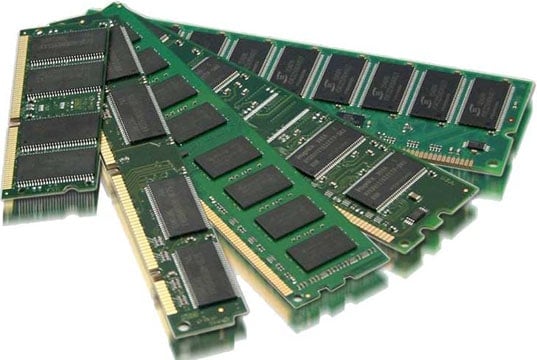 As Fast As Possible

While 8GB of RAM is enough from gaming in 2019– if you’re live streaming or like to have multiple applications open while gaming, 16GB is preferred in 2020 and beyond. Everything beyond that is excessive.

You may be wondering just how important RAM is for gaming; Nowadays, a pack of dual 4GB DDR4 RAM sticks costs as much as an entry-level gaming graphics card. So, it’s only natural that you want to ensure that getting more RAM will be worth the price.

Although a lot of games work perfectly fine with only 4GB of RAM, some particularly demanding games will require more or you will encounter frequent drops in framerate and screen stutter.

Moreover, with 4GB of RAM, you will still run into issues while having many tabs opened in your browser, for instance. You can also forget about seamless gaming and web surfing or multi-tasking simultaneously with just 4GB.

Inserting an additional 4GB stick solves this problem thus allowing you to run even the latest games without any issues. Other activities such as multitasking will also become much smoother.

So, is there really any need to go for 16GB, or even more?

First of all, getting anything over 16GB is an overkill and you won’t see any improvement in your PC performance unless you’re video editing, designing, 3D modeling, etc.

When comparing 8GB vs 16GB solely in gaming performance, there’s a really tiny and inconspicuous improvement, we’re talking ~1 FPS (Frame Per Second). However, if you’re playing demanding games while streaming, web surfing, and listening to the music, 16GB will ensure an overall smoother performance as opposed to 8GB.

So, if you already have 8GB of RAM in your current PC build, we suggest investing the money you would have spent on the extra 8GB, on something else such as a better GPU, CPU, or an SSD for a more visible performance improvement.

The fact that the prices of RAM have been increasing for a while also makes upgrading to 16GB hardly worth it. If you have the money and you stream/multi-task a lot, go for 16GB of RAM as you’ll future-proof your PC and have a faster performance.

Lastly, some motherboards support dual or quad channel memory platform. In this case, if you are going with 8GB of RAM, you want to get a kit with 2x 4GB sticks which will allow for the dual channel support and give you up to 10% better performance than a single 8GB stick.

If you are only interested in sheer gaming performance, there’s no need for more than 8GB. In case you also do some streaming and editing on the side and like to have many tabs and apps open while gaming, you should consider investing in 16GB for a more fluid overall performance.

Rob is a software engineer with a Bachelor’s degree from the University of Denver. He now works full-time managing DisplayNinja while coding his own projects on the side.