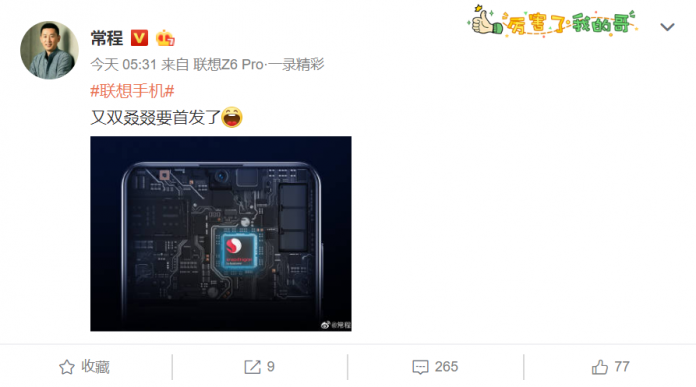 Lenovo recently launched its Lenovo Z6 Pro flagship smartphone and is now preparing to launch a new watered-down version of the same device, dubbed Lenovo Z6 Youth Edition. The phone is set to launch on May 22.

Lenovo Group’s vice president for the Chinese region has now announced through Weibo that the company will launch a Qualcomm Snapdragon chipset powered smartphone, which is not yet available in the market. 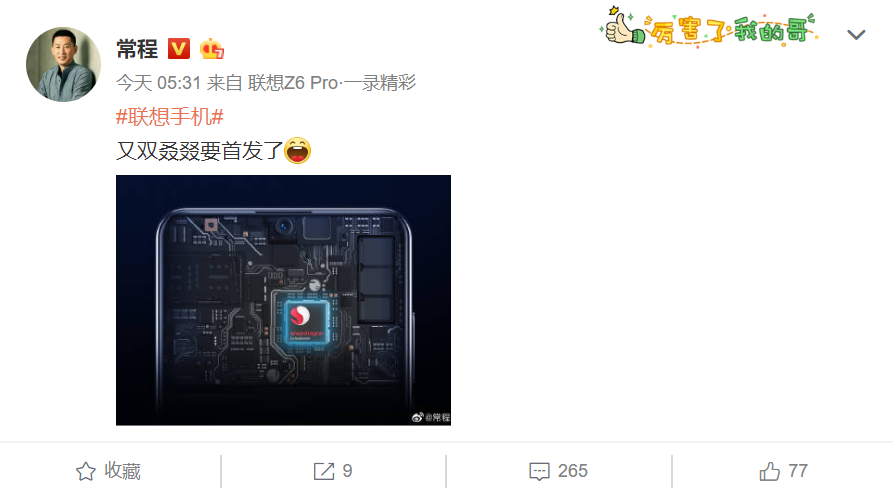 Both come with the Snapdragon X15 LTE modem which the company says is bringing download speeds of up to 800Mbps. Both of these chipsets are also ready for Wi-Fi 6, and come with Qualcomm Fast Charge 4 + support.

The Snapdragon 730 duo are the first to use the Hexagon Tensor Accelerator in 7 series processors. Both processors also feature the Hexagon 688 DSP which works with the GPU and CPU to complete AI tasks faster and in more power-efficient ways.

Currently, the specifications of this upcoming smartphone aren’t known, but as the launch nears, we expect to know more about the phone. We may have to wait for the launch event of the company on May 22 to know for sure what’s up to the sleeves of the company.