In June 2016, the Lumigon T3 smartphone was launched. This phone comes with a 4.80-inch touchscreen display with a 720×1280-pixel resolution. A 2.2GHz 64-Bit octa-core MediaTek Helio X10 processor powers the T3. It features 3GB of RAM and has 128 internal storage with dual SIM.

When this phone was released, it cost about $1000, and it was in the premium phone category. The company that designed this phone was based in Denmark but is now liquidated.

The Lumigon T3 was one of the first phones with a night vision camera. Some of the key features of this smartphone include:

The Lumigon T3 smartphone has a capacitive AMOLED touchscreen and a multitouch that delivers an immersive experience. The Lumigon T3 sports a curved top and bottom. It measures 137.00 x 69.00 x 7.90 mm and weighs about 145 grams.

The body of the Lumigon T3 is made from plastic, molybdenum 316 stainless steel, which is known for its high level of strength. While the device’s front and back are finished in Gorilla Glass 4 and is water and dust resistant.

The T3 comes in Gold, Black, Blue, and Red colours.

The T3 comes with three cameras. At the front, you have a camera and an LED flash. You have the proximity sensor on the front of the T3 besides the ear speaker.

Then if you move down, you have the menu key, proximity sensor, besides this is the home key with fingerprint reader and then the back key.

It has dual-camera at the back with an LED flash and a BackTouch that’s used to navigate the phone menu.

At the top and bottom of the T3, you’ll find speaker grill.

On the right side of this phone, you’ll find the Volume / Zoom keys, Action key, and below here, you have the two-step camera key with autofocus.

Then on the left, you have the SIM card tray. 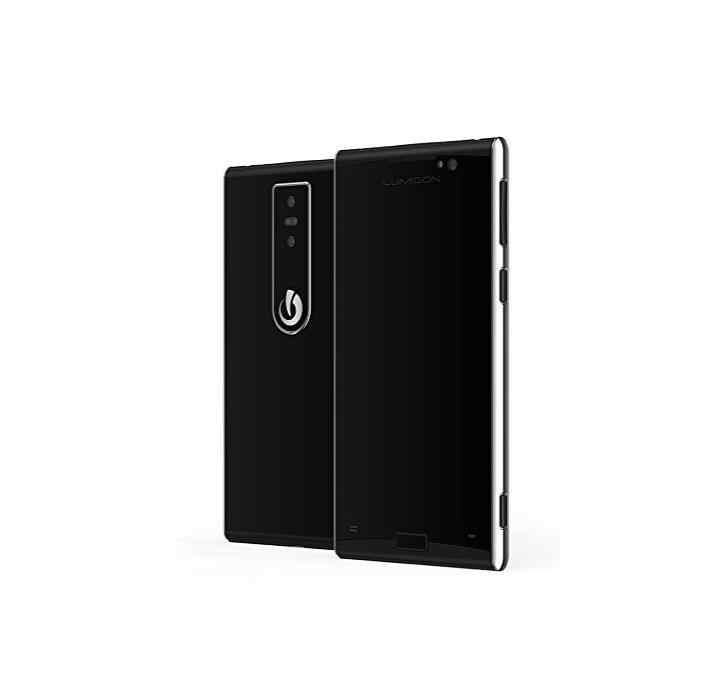 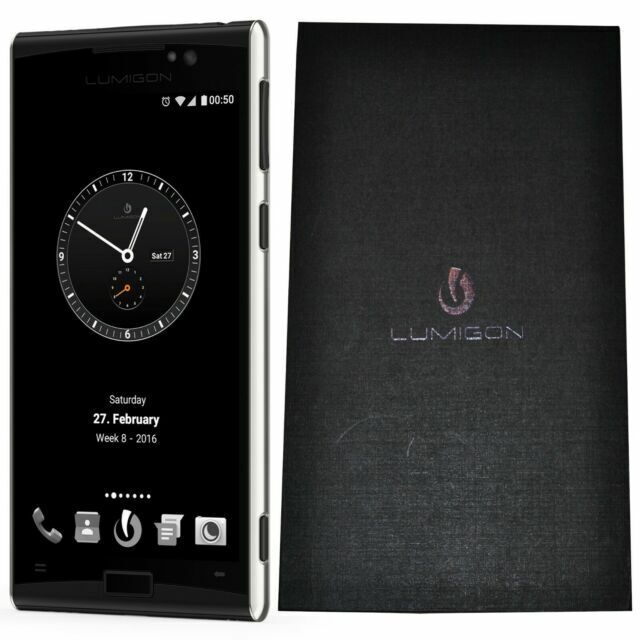 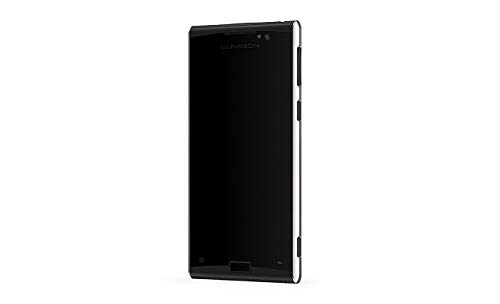 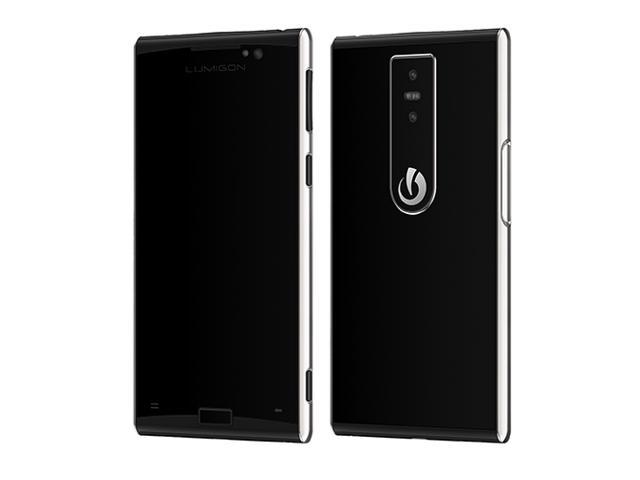 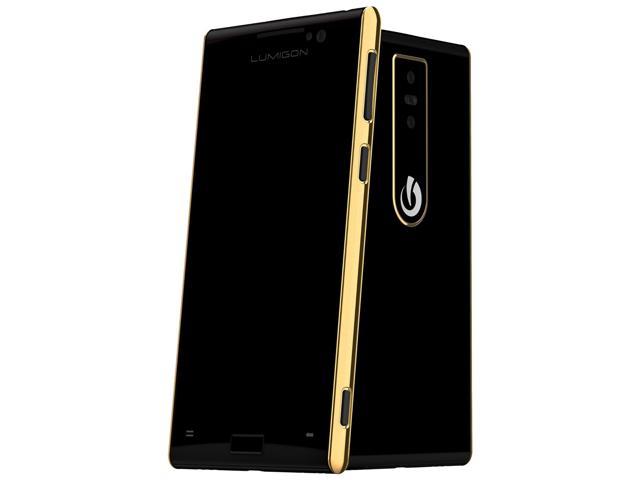 The Lumigon T3 comes with three cameras, Dual Camera 13 MP + 4 MP camera at the rear with LED flash. The 13 MP camera comes with dual-tone flash while the 4MP night vision camera with dual IR flash and one front camera 5MP for taking selfies, which is the primary camera.

Taking a photo with the back camera in a well-lit environment, it manages to deliver pictures with excellent details.

The Lumigon T3 comes with 3 GB of RAM, 128 GB of internal storage, and with no memory card slot. The 3 GB RAM means that even the most memory-intensive apps work smoothly on the phone and still shows no signs of lagging.

I’ve put the RAM to test by multitasking the T3. I had multiple apps open in the background and I didn’t have any issues with its performance.

For the full-screen experience, The T3 is simple, easy to navigate, and performs smoothly without any problems while multitasking but easily heats up.

The disadvantage of owning this phone is that it gets too hot while gaming, watching movies, or just surfing the web. Apart from the overheating, the T3 is fast and has an exceptional sound quality on calls and stereo speakers.

For gamers, it runs most games smoothly. You won’t notice any lag while gaming. I was able to test out NBA Live, FIFA Mobile, Call of Duty, and PUBG mobile lite. All games performed well without lagging, but I noticed an issue while playing these online games apart from the T3 heating up.

I also noticed while gaming, the T3 speakers give out crackling sound.

The T3 looks effortlessly cool; it also can be used as a universal remote, a compass, temperature sensor, and altimeter (for when you take it rock-climbing).

Another unique feature of the T3 is the BackTouch feature. This is a touch-sensitive pad that sits below the rear camera, allowing you to scroll through content without touching the screen.

The 360° 3D fingerprint reader provides added security along with Lumigon’s unique Vault feature that lets the user store private and confidential information on the phone.

The fingerprint reader provides added security along with the unique Vault feature from Lumigon, which enables the user to store private and confidential information on the phone.

The data within the Vault is secure and encrypted with the AES 256-bit algorithm, which can be accessed only with a password. Ideal for confidential data, e.g., PINs, apps, contacts, pictures, etc.

T3 comes with a collection of unique Lumigon apps, which are already built-in.

The earphone that came with the T3 has High-quality audio playback up to a 24-bit/192kHz stereo speaker with premium noise cancellation.

The Remote Control app on the T3 can be used as a universal remote control for TV, music center, air conditioner, etc.

The T3 comes with a non-removable 2400 mAh, Li-Ion Battery, with fast charging. The battery life on the T3 won’t take you throughout the day in a single charge, even without gaming or watching movies.

You’ll need to carry your charger to juice up frequently. The battery on the T3 is poor and tends to drain quickly when multitasking or just surfing the web.

T3 comes with wireless charging. Wireless charging mobile phones are cool. They save you the stress of cable handling; just drop your phone on a pad and watch it light up.

Lumigon T3 has all the connectivity options that a standard smartphone includes.

T3 is 3G and 4G capable. This smartphone has a built-in GPS receiver and comes with Near Field Communications (NFC) functionality for transferring content with other NFC-enabled devices. This Lumigon smartphone also has an FM radio receiver.

Should You Buy The Lumigon T3?

But if you ever decide to buy the T3. You should be able to get this phone within a $200 to $400 price range online or from retail stores.

I’ll leave links below where you can buy the Lumigon T3.