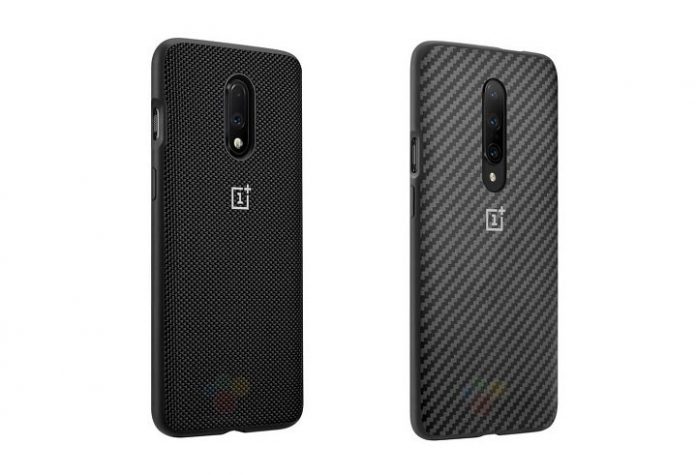 It will unveil the OnePlus 7 and OnePlus 7 Pro in a few days. There is little about the phone we don’t already know. If you’ve chosen to get one of the two phones irrespective of their cost, you may be interested in checking out these official cases too.

Winfuture.de, the German site, published renders of the different cases for OnePlus 7 and OnePlus 7 Pro, and like older models, there are multiple varieties to choose from.

The popular Karbon case is making a comeback again this year for the OnePlus 7 Pro. There will be two variants – Black and Gray. There will also be a Sandstone case for the Pro model.

The OnePlus 7, on the other hand, will have a Bumper Nylon case that actually looks like woven fabric. OnePlus will also release a Sandstone case and a Silicone case that is shown in red for the phone. We are pretty sure these are just a few of the cases for both phones. We expect to see a flip case and an Ebony Wood case for both phones.

READ MORE: Complete specs of the OnePlus 7 Pro leaks ahead of release

The renders also confirm the rear design of both phones. The OnePlus 7 will have dual rear cameras while the OnePlus 7 Pro will have a triple camera setup. The cameras will be arranged vertically and positioned in the middle. There is also a cut-out on all the cases for the alert slider and power button on the right.

The OnePlus 7 duo will be announced on Tuesday, May 14 in New York, London, and Bangalore.