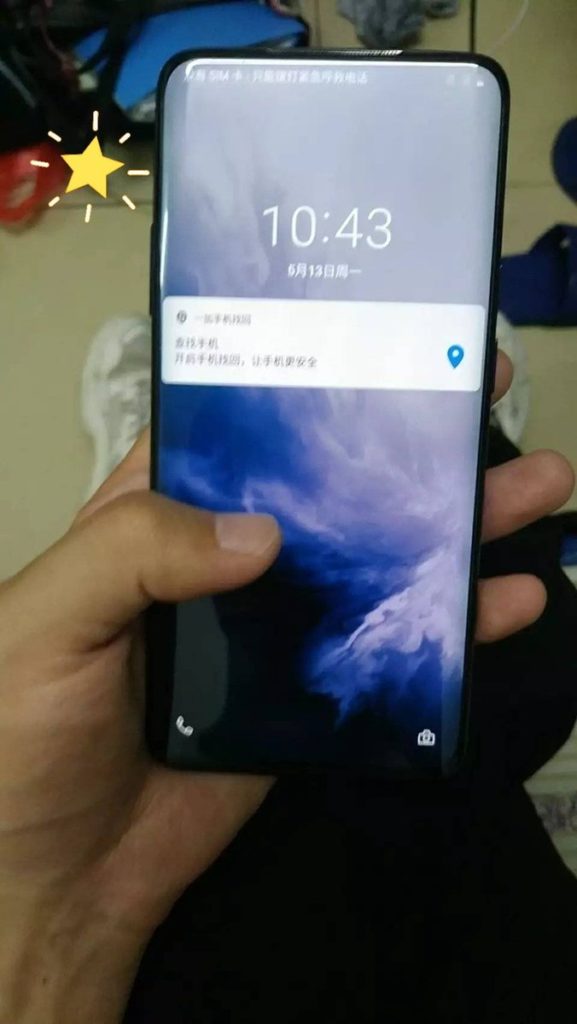 OnePlus 7 Pro will launch later today via multiple launch events in cities such as Bengaluru, London and New York. In the recent past several press renders of the device have surfaced to reveal its front and rear design. A couple of live shots of the OnePlus 7 Pro smartphone have a surface before the unveiling event to announce its real appearance.

OnePlus 7 Pro can be seen sporting a curved and notchless display. The bezels around the phone are extremely thin. Even the Smartphone device’s chin is slim. The phone’s back panel appears to be made from matte finished glass. The phone’s rear shell is bent around the bottom, too.

The device has a vertical triple camera setup on its back, and an LED flash. In the first two lenses, the text “48MP” can be seen imprinted for the primary sensor. Below the triple camera setup is an LED light and a OnePlus logo. The branding “OnePlus” is positioned towards the bottom of the OnePlus 7 Pro’s rear shell. 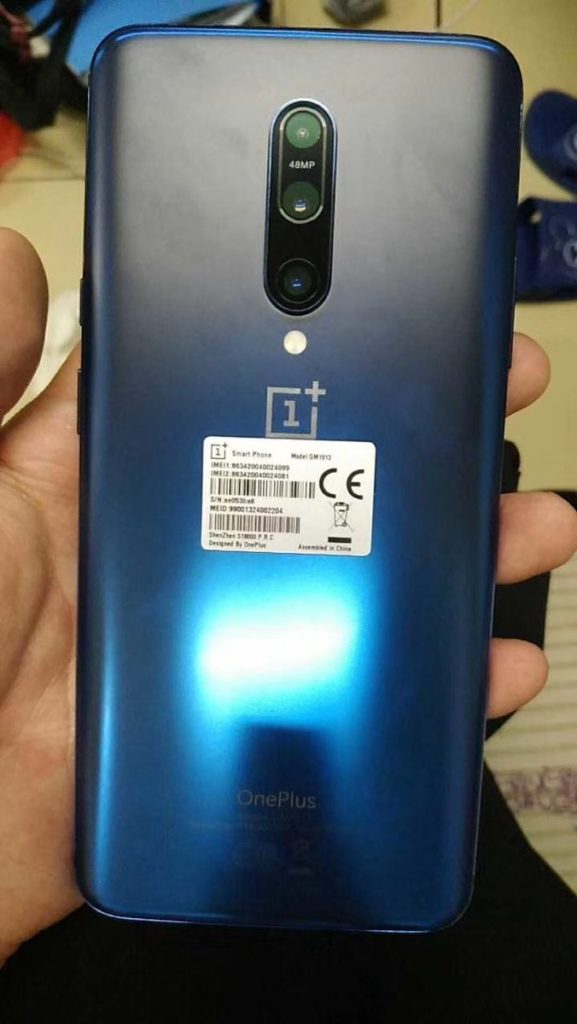 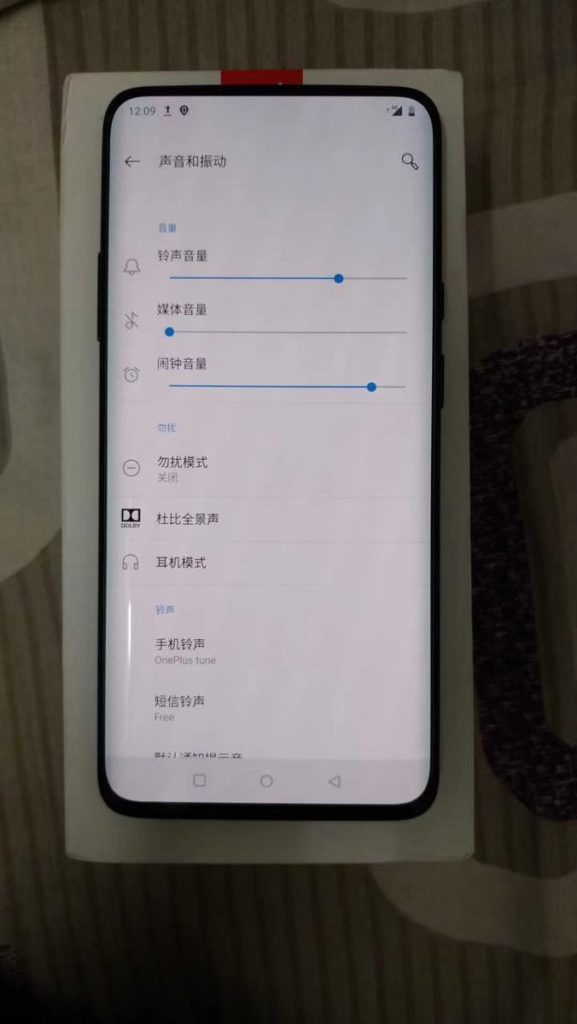 The triple camera setup includes a Sony IMX586 48-megapixel primary sensor enabled for OIS, an ultra-wide angle lens with 16 megapixels and an 8-megapixel telephoto lens with 3x optical zoom. It’s expected to arrive with a 16-megapixel pop-up selfie camera. The Android 9 Pie OS based on OxygenOS is coming preloaded onto the smartphone. It is one of the few phones that is scheduled to receive the third edition of Android Q beta. The smartphone is packed with a 4,000mAh battery that carries support for 30W Warp Charge technology.