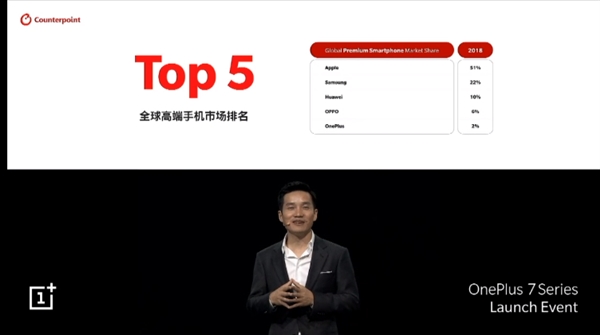 Pete Lau, CEO and founder of OnePlus‘ OnePlus 7 series launch today in China, announced the company is now one of the top 5 premium smartphone makers in the world.

OnePlus decided to turn things up this year by launching a Pro version which offers more features than the regular version. Tomorrow, the phone will be available for sale in the US via T-Mobile and will be on May 21 in Europe and China.

OnePlus will diversify its portfolio with announcement of its own smart TV in the coming year. The TV will have AI apps, and can connect with a smartphone seamlessly. The product will be much more like a big smart display than a television, and will be launched in India.