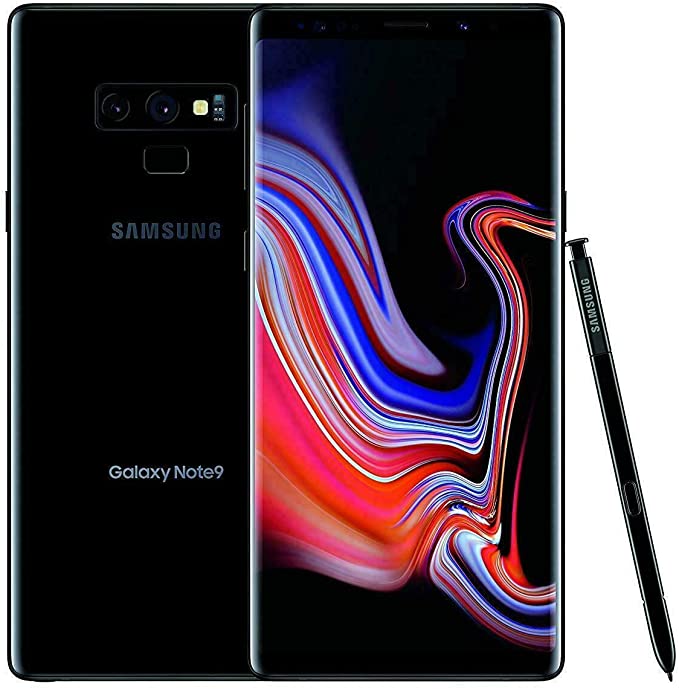 When the Galaxy Note 9 was released it was one of the market’s most expensive phones. Note 9 is a powerful smartphone, it has gone through several modifications and still stands out.

Where to buy ( Price/ Deals) 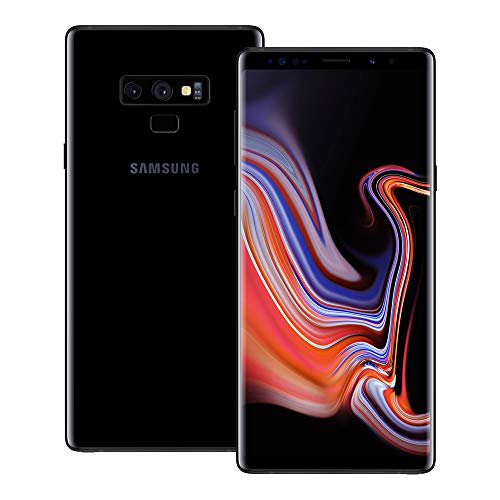 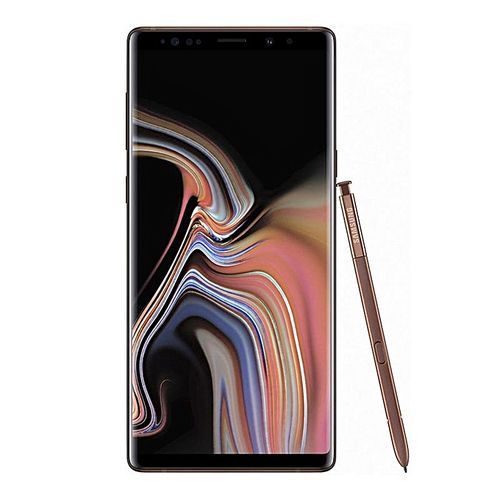 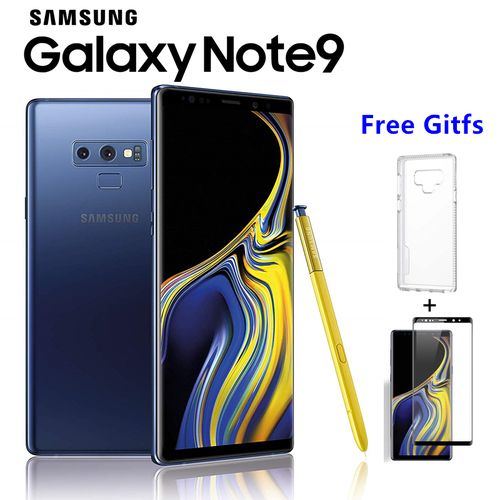 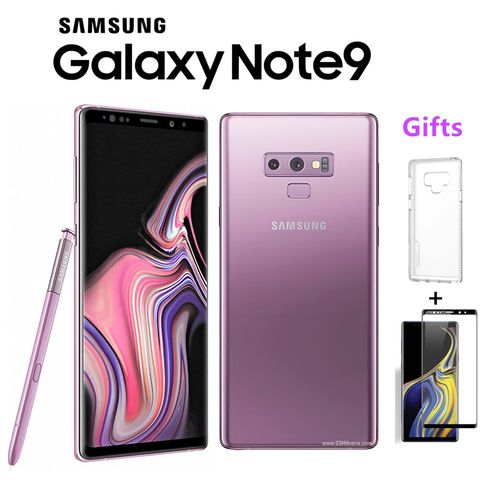 Note 9 feels premium in the hand with an all-glass and an aluminum frame design.

The fingerprint sensor at the back of the phone makes it easier to unlock without straining the fingers. Note 9’s fingerprint scanner is easier to locate.

On the left, is the Volume button, and the Bixby button.

The Power button is on the right side of the phone.

Differentiating between Galaxy Note 9 and Note 8 is difficult at a glance. The bodies of Note 9 and Note 8 are similar, about 6.4 inches long and 0.34 inches deep. The Note 9 screen is 6.4 “wider than the 6.3-inch display of the Note 8.

Galaxy Note 9 comes with an S-Pen as well. The stylus has Bluetooth connectivity and you can use it for selfies, presentations, skipping music tracks, taking notes, and more.

The S Pen is a useful tool to write down notes, and now it has Bluetooth for remote-controlled shortcuts that can be customized.

To use the S Pen to take photos you must be within 30 feet from where your Note 9 is placed. You can take a big photo by pressing the remote button with the S pen in your hand and note 9 at any angle.

If the S Pen battery does die during use sliding it back into the Note for about 30 to 40 seconds juices it back up to 100 percent. The pen is usually slotted into the bottom of the phone to keep it charged up.

Note 9 has a capacitive and multi-touch sensitive touch screen that gives a more interactive experience.

Note 9 has three cameras in total. The Rear Camera with 12 MP + 12 MP with autofocus and the Front Camera 8 MP with Autofocus.

Some of the features of the rear camera on the Note 9 is Touch to focus, Smile detection, Face detection, Geo-tagging, and Panorama, Super Slow Motion (960 fps at 720p), AR Emoji/Selfie and Live Focus.

You can take your photos from the front camera and also use the video calling feature (if your network provider supports video calling).

The Note 9 stylus has Bluetooth built-in, which enables shortcuts, including the ability to open the camera app and take pictures remotely (suitable for selfies).

In summary, Note 9 offers a full range of shooting options and modes for smartphone and camera enthusiasts. The camera setup in Note 9 is still very good.

The Note 9 camera may not be as advanced as the Galaxy Note 10 or the Galaxy S20 Ultra, but is still very impressive

This version of Note 9 is the

Hybrid Slot: The dual SIM and the memory card can not be used together, but only a single SIM can be used if you add a memory card.

The processor in the Note 9 is also the same processor that powers the Galaxy S9 and Galaxy S9+ smartphones. The Galaxy Note 9 delivers a smooth experience overall and didn’t stutter during multitasking as well as intense gaming.

Note 9 is IP68 waterproof and dustproof certified, which is the same whether the S Pen is inserted.

Note 9 comes with a non-removable 4000 mAh, Li-ion Battery with fast charging. The battery life on the Note 9 will almost take you throughout the day in a single charge with moderate use.

You may get roughly 10 hours of use before juicing up.

This device has wireless charging.

The Galaxy Note 9 alerts users to the S-Pen’s battery life and it takes about 40 seconds for the stylus to get fully charged. Simply insert the S-Pen in Note 9 in order to charge it.

Samsung Galaxy Note 9 has all of the connectivity options that a standard smartphone includes.

Is Note 9 still worth buying?

Note 9 was designed and released in 2018 by Samsung with all that is required from face unlock, enhanced cameras to high-performance memory, and CPUs.

Reasons you should consider Note 9 in 2020 the Battery life, Bluetooth S Pen, AI-enhanced camera, and a bigger 6.4-inch curved screen.

Note 9 is a decent choice for people with a slightly smaller budget.

Where to buy ( Price/ Deals)