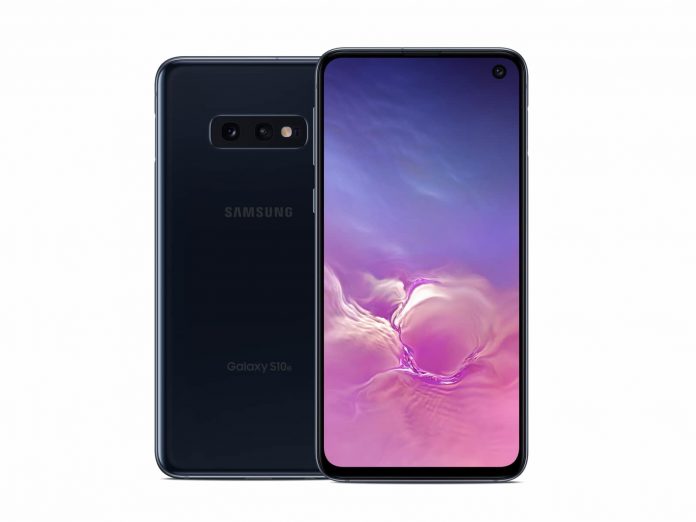 The Samsung Galaxy S10e  packs at a lower price almost everything the S10 and S10 Plus have. This phone comes with a 5.8-inch screen, two main cameras instead of three cameras, and all-day battery life, with no curved display edge and a fingerprint sensor on-screen. Wireless PowerShare can wirelessly extend the power of other devices by putting them at the back of your Galaxy. Also in terms of price, the Galaxy S10e beats Apple’s iPhone XR.

Where To Buy The Samsung Galaxy S10e: Price

There is a 12-megapixel camera with a dual aperture of f/1.5 and f/2.4 on the back of the Galaxy S10e. There is also a secondary camera, a wide-angle 16-megapixel lens with an f/2.2 aperture. For a triple-lens set that has become standard on flagship phones, the S10 and S10 Plus have both those as well as a 2x optical zoom lens.

You can also find a single 10-megapixel selfie camera in-display in the top right of the screen. The S10e can shoot stabilized footage at 4K resolution for videos, but only at 30fps. You’ll have to reduce the resolution to Full HD to capture video at 60fps. The S10e, however, has the ability to record HDR10+ video clips and can capture 720p slow-motion video at 960fps for 12 seconds.

The Galaxy 10e has an internal storage of 128 GB, and if you need more storage, there is a MicroSD card option. Samsung’s new One UI design built over Android 9 Pie, the recent release of Android, compliments this outstanding performance. Also Keep in mind that the S10e, like the S10 and S10 Plus, can not be connected to 5G networks because there is no Qualcomm X50 modem inside.

For gaming performance, Samsung has partnered with Unity the game engine that powers most Android games to improve performance in gaming. The Galaxy 10e performed better than most device at fully maxed settings without any problem the overall gaming experience is good. When running the latest games from the Google Play Store, you should not face any problems.

The Galaxy S10e is one of Android’s most powerful phones you can buy today.

The S10e has a battery of 3,100mAh which barley will get you through a day while running various apps on your device. With up to 15W of fast charging and 15W wireless charging, recharging the battery is fast.

Wired charging on the S10e is not fast as Samsung still uses the Qualcomm Quick Charge 2.0 fast charging standard when other phones use Quick Charge 3 or higher, enabling them to charge more quickly.

However, there is Fast Wireless Charging 2.0, meaning wireless charging is as fast as wired charging. The Galaxy S10e uses a feature from the S10 and S10 Plus the Wireless PowerShare. In the settings, Wireless PowerShare can be switched on and you can charge other Qi-enabled devices wirelessly.

Should You Buy The Samsung Galaxy S10e?

If you’re looking for a smartphone that the performance is good with a build quality that is great. Then the Samsung Galaxy S10e is certainly worth your consideration. I would recommend you buy it.

Where To Buy The Samsung Galaxy S10e (Price and Availability)

Find out more by visiting the Manufacturer’s Website. Please note that while we attempt to provide as accurate specs as possible, we are not guaranteeing that they are 100% correct.