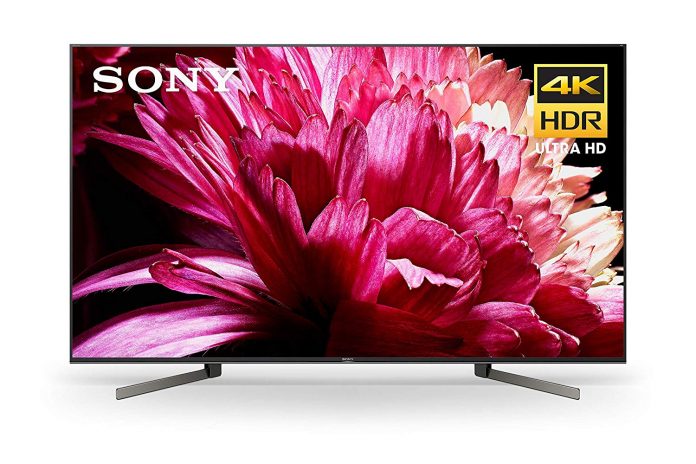 The Sony X950G TV is thick, for an LCD TV with a full array local dimming system and boosting for more exact dynamic contrast. 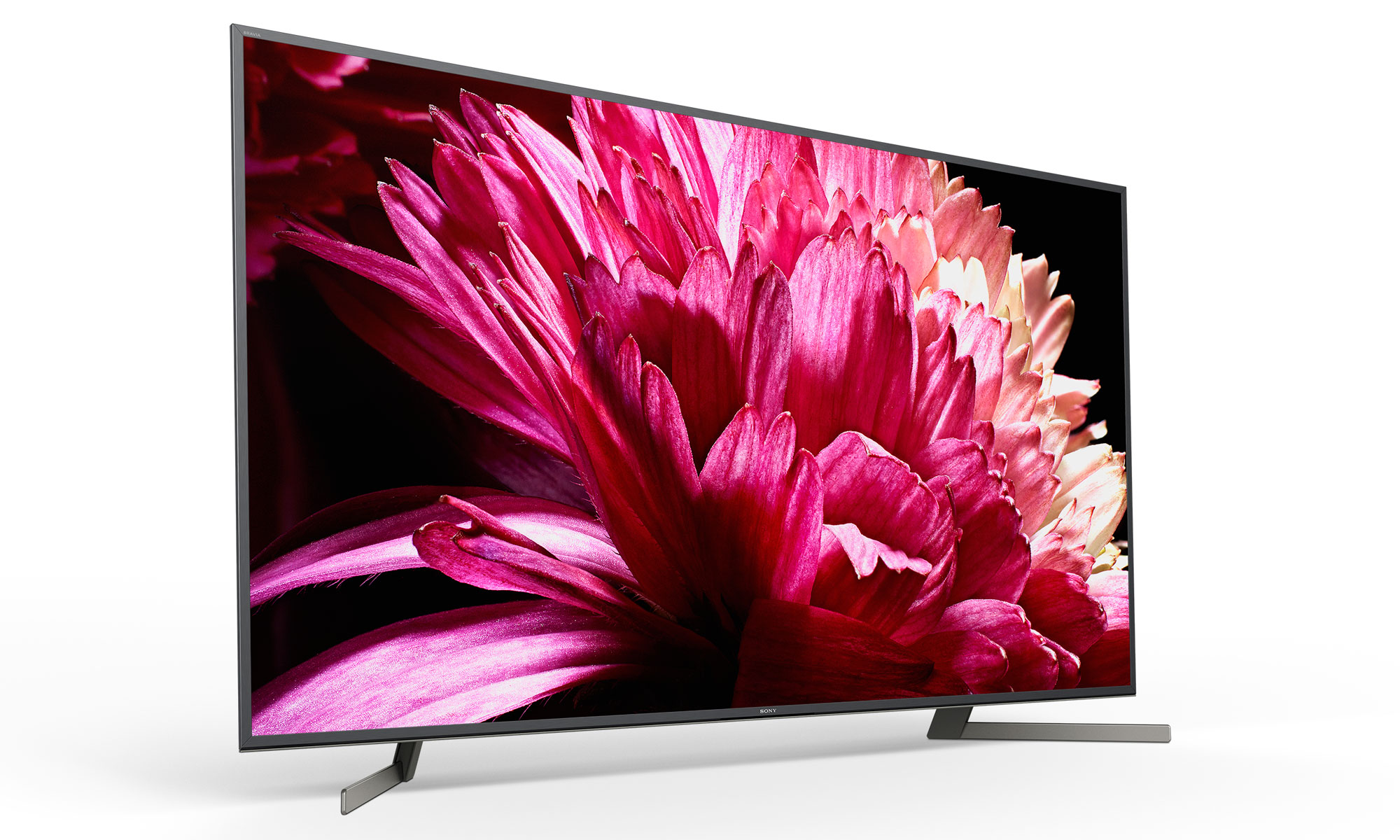 The Sony X950G stand is quite large and, when placed on a piece of furniture, supports the TV from falling, allowing very little wobble. The legs on the Sony X950G’s back are hollow, cable management system built-in allowing you to hide the cables when placing the TV on its stand. 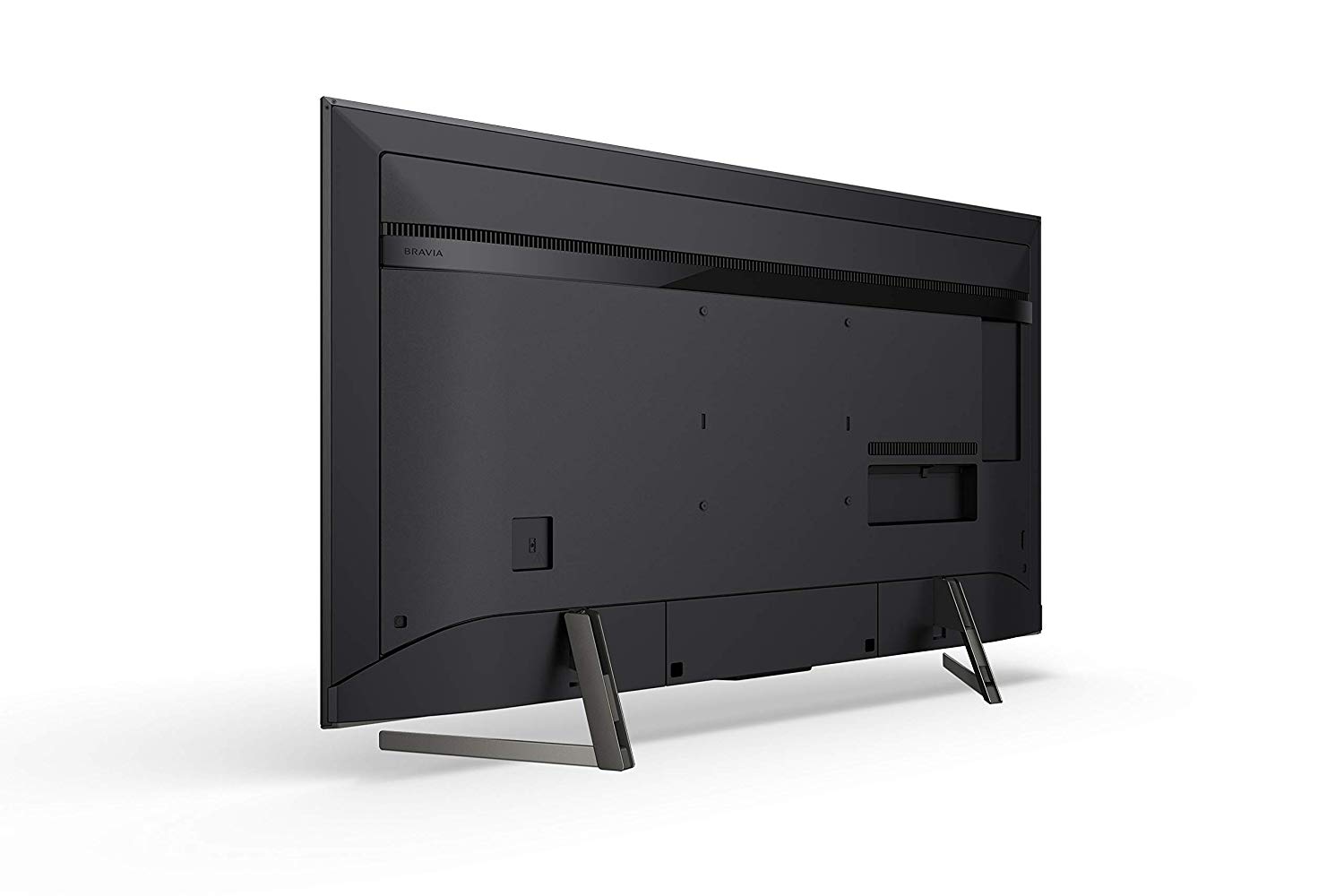 Some of the inputs are on the side, but some are facing down and may be difficult to reach when the television is wall mounted. The HDMI 2.0 ports on Sony X950G are full bandwidth ports, which means that at 60Hz they can carry 4K HDR. The ARC port has been upgraded to eARC, which is specified in Dolby TrueHD to handle lossless audio formats like Dolby Atmos.

With deep blacks in a dark room and bright HDR highlights, the Sony X950G has great picture quality. Depending on the size, X950G (XG95 in Europe) uses different LCD panels. The 55-inch and 65-inch models have a standard VA LCD panel, while the 75- and 85-inch models have an ‘X-Wide Angle’ VA LCD panel which adds an additional layer in the display stack to improve viewing angles.

The Sony X950G has low input lag and refresh rates, with the exception of 1440p @ 120Hz, which could disappoint some owners of “old” game consoles, for example, Xbox One owners. 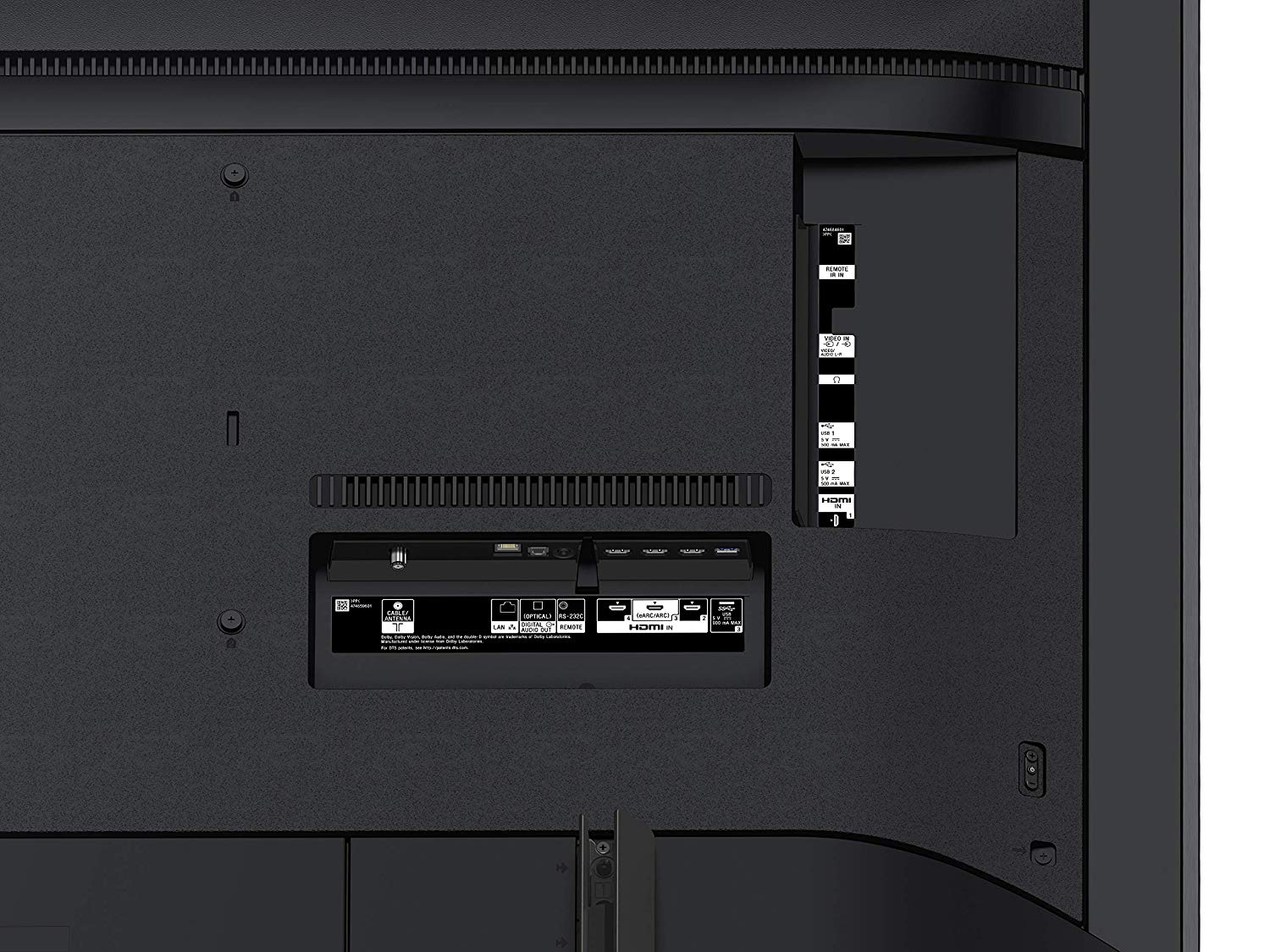 Sony added two speakers at the top of the TV to help with sound positioning one on each side with the aim of adding more dimension to the sound stage and giving the impression that the audio is “coming right from the screen.” The Sony X950G can be decently loud, but not loud enough for places with a lot of ambient noise like large crowded environments. It is recommended to use dedicated speakers or soundbars for better sound.

All the latest Sony TV comes with Android Oreo (version 8.0) pre-installed. Sony X950G also runs Andriod Oreo (version 8.0) with MediaTek 5893 SoC. The Android 8.0 interface on Sony X950G is well organized and easy to use. One of the reasons why the user experience on this TV is excellent is the ability to customize the home screen, no ads, and suggested content.

This TV gives you access to the Play Store, which has plenty of apps from which you can choose. Native apps included are quick and easy to use.

The remote control is plastic while the upper side of the remote is made from metal. The remote control comes with an inbuilt microphone that provides direct access to Google Assistant and enables you to give the TV voice commands.

Despite having the option to connect to the voice commands via Bluetooth, the remote requires a direct line of sight to the TV. The remote app lags a lot when used as a remote replacement.

What’s In The Box

Honor TV will be heavily focused towards R&D instead of price...