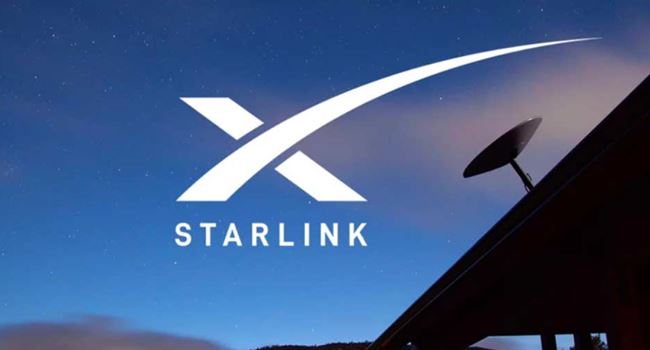 SpaceX’s Starlink satellites are now available in Nigeria! The famous space company launched its first batch of 60 satellites in May 2019, and since then, several more batches have been launched. Starlink is a constellation of satellites that provide broadband internet service to remote or underserved areas around the globe.

Nigerians can now sign up for the beta program to test the service. According to SpaceX, the average latency (delay) should be 20 milliseconds or less. That’s much faster than most satellite internet services, which have latencies of 600 milliseconds or more.

However, due to the limited number of satellites currently in orbit, speeds may vary greatly depending on your location and whether there are clear line-of-sight connections to multiple satellites.

If you’re interested in signing up for the beta program, head to SpaceX’s website. The company is also planning on launching a public beta in 2022 which will be open to anyone who wants to try it out. With luck, this could mean that Nigeria finally gets reliable high-speed internet!

SpaceX’s Starlink is a satellite constellation constructed by SpaceX to provide global broadband internet services. The constellation will consist of thousands of mass-produced small satellites in low Earth orbit (LEO), working in tandem with ground transceivers.

SpaceX also plans to sell some of the capacity on the satellites to military, scientific, or commercial customers.

As of May 2020, SpaceX has launched 540 Starlink satellites out of an intended operational fleet of around 12,000. These initial launches are intended primarily for technology demonstrations and validation rather than delivering customer service.

In October 2019, SpaceX began offering “better than nothing” beta service in the northern United States and southern Canada through user terminals measuring about two feet (60 cm) across.

SpaceX’s Starlink is a satellite constellation constructed by SpaceX to provide global broadband internet services. The constellation will consist of thousands of mass-produced small satellites in low Earth orbit (LEO), working in tandem with ground transceivers. SpaceX also plans to sell some of the capacity on the satellites to military, scientific, or commercial customers.

Satellite operator Starlink Nigeria has been granted a license by the Nigerian Communications Commission (NCC) to provide broadband services.

The NCC said in a statement that they granted the license following an application from Starlink Nigeria and that the company would be required to meet certain conditions to provide services.

Starlink is a subsidiary of SpaceX and is already providing broadband services in various countries around the world. The company plans to launch a constellation of satellites into low Earth orbit, providing high-speed internet access to users on the ground.

The NCC’s decision to grant a license to Starlink Nigeria comes as the country looks to increase its connectivity and reduce its reliance on terrestrial infrastructure. Starlink’s service could help bridge the digital divide in Nigeria and bring internet access to rural and remote areas of the country.

SpaceX Starlink is dedicated to giving the best customer service experience possible. They are always available to address any problems or questions you may have. Their goal is to ensure that you are delighted with our services.

If you need help, please don’t hesitate to contact them.

Starlink is a satellite internet service provided by SpaceX. It is available in the United States, Canada, the United Kingdom, and Europe. Starlink has plans to provide coverage to most of the world by 2021. The service uses a constellation of low-Earth orbit satellites to provide high-speed broadband internet to users.

Starlink Nigeria’s price plans have not been announced yet. However, based on the pricing in other countries, the service is expected to be affordable for most people in Nigeria. Starlink could be a game-changer for internet access in Nigeria, which has traditionally been very expensive and slow.

SpaceX is targeting 2022 for the start of its Starlink satellite broadband service in Nigeria, according to a recent job posting.

The company is looking for someone to be based in Lagos and serve as the lead for government regulatory affairs and business development for SpaceX’s Starlink project in Nigeria.

They should also have experience in business development or sales, preferably in the technology sector.

SpaceX’s Starlink project has been underway for several years, and the company has already launched over 1,000 satellites into orbit as part of the constellation. The goal is to eventually have enough satellites in orbit to provide high-speed broadband internet access anywhere on Earth.

Nigeria would be just the latest country to access SpaceX’s satellite broadband service; others include Canada, Mexico, Australia, New Zealand, Italy, Spain, Germany, the UK, the US, and more.

As with any business venture, the cost of starting up a new enterprise can be prohibitive. When investigating the possibility of starting a Nigeria-based business that provides satellite-based Internet service, one must consider the costs associated with acquiring and setting up the necessary equipment.

Several companies provide Starlink services in other countries, and the equipment required is similar regardless of the provider.

A typical setup includes a dish antenna mounted on a tripod and a router and power supply. The total cost for this equipment can range from $500 to $2000, depending on the specific model and features desired.

In addition to the initial cost of acquiring the proper hardware, monthly fees are associated with maintaining an active Starlink account.

These typically range from $50 to $100 per month, though prices may vary depending on location and usage. These costs must be considered part of the overall budget for businesses looking to provide Internet access to customers or employees in remote areas.

Starlink service can demand a sizable initial expenditure. Still, it’s important to remember that this technology can transform access in remote and underserved locations. Businesses that expand access to information and communication technologies should investigate StarLink Nigeria more.

Starlink Nigeria is set to provide high-speed internet to its customers and has the potential to change the way we use the internet forever. With speeds of up to 1 Gbps, it is one of the fastest home internet services available.

Starlink also offers unlimited data with no caps or throttling, making it an excellent option for gamers and those who stream video content regularly.

While there are other high-speed internet providers, none of them can match Starlink’s speeds.

This makes it a desirable option for those looking for the fastest possible connection. Additionally, the unlimited data allowance means that users will never have to worry about going over their data limit or being charged extra fees.

The only downside to Starlink is that it is not yet available in all areas. However, SpaceX is working hard to roll out coverage to as many parts of the world as possible.

In time, we could see this service becoming available globally, which would be a game-changer for the internet as we know it.

Where is Starlink available?

Starlink is available in the United States, Canada, the United Kingdom, Germany, France, Spain, Italy, and Denmark. Starlink is planning to launch service in Mexico and South Africa later this year.

The company plans to eventually have thousands of satellites in orbit to provide coverage to most of the world’s population. The goal is to provide affordable internet access, regardless of location. In areas where ground infrastructure is limited or unavailable, Starlink could be a game-changer.

How do Starlink Nigeria prices compare to MTN, Glo, Airtel, and 9mobile?

Nigeria has one of the most expensive telecommunications markets in the world. A 2018 report by The Economist Intelligence Unit ranked Nigeria as the third most expensive country in Africa for mobile data, behind only Zimbabwe and Gabon.

Starlink is a new entrant into the Nigerian market and is currently offering some of the most competitive prices for mobile data.

For example, a Starlink customer can purchase 1GB of data for just 500 Naira (about $1.50). In comparison, MTN, Glo, Airtel, and 9mobile all charge at least double that amount for 1GB of data.

Not only are Starlink’s prices more affordable than its competitors, but the quality of its service is also high. Starlink customers have reported consistently fast speeds and reliable connections.

There are many reasons why Starlink has been able to offer such competitive prices for mobile data in Nigeria. One key reason is that it uses cutting-edge technology, including satellite-based Internet delivery, eliminating the need for costly terrestrial infrastructure. Starlink also operates on a pre-paid model, which helps keep costs low.

If you’re looking for affordable and high-quality mobile data in Nigeria, then Starlink is worth considering.

The main reason why Starlink’s prices are so much lower is that they use cutting-edge technology that allows them to bypass many of the traditional infrastructure costs. For example, instead of using physical cables to connect homes and businesses to their network, they use a system of small satellites that transmit signals directly to users’ premises.

This innovative approach means that Starlink can offer much faster speeds and more reliable service at a fraction of the cost of other Nigerian ISPs.

The sign-up process will require you to enter basic information about yourself and your credit card information. After that, you’ll be able to choose your subscription plan. There are two options available: a monthly subscription or a yearly subscription.

Once you’ve chosen your subscription plan, you’ll be able to activate your service and start using it right away. You’ll need a clear view of the sky and an internet connection, and you’ll be good to go!

How to Stop Unwanted Robocalls and Texts in 2022

How to Get Assurance Wireless Free Tablet 2022

How to Get Free Government Tablet 2022