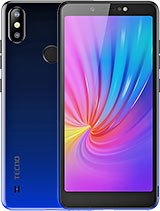 *Price at the time of review.

The Tecno Camon iAce 2X on the rear packs a 13-megapixel f/1.8 primary camera and a second 0.3-megapixel camera. The setup of the back camera has autofocus. It sports a selfies front – facing 8-megapixel camera with a f/2.0 aperture.

The Tecno Camon iAce 2X connectivity options include Wi-Fi 802.11 b / g / n, GPS, Bluetooth v5.00, Micro-USB, 3 G, and 4 G (with support for Band 40 used in some LTE networks in India). The phone sensors include an ambient light sensor, a compass/magnetometer, a sensor of proximity and a sensor for the fingerprint. The iAce 2X Tecno Camon supports face unlocking.

Please find below the detailed specs for the TECNO Camon iACE2X.

Here you can also see specifications for other Tecno phones/devices. Please note that while we attempt to provide as accurate specs as possible, we are not guaranteeing that they are 100% correct.

Where to buy the Tecno Camon iAce 2X in Nigeria

BUY ON JUMIA NIGERIA   *Price at the time of review.