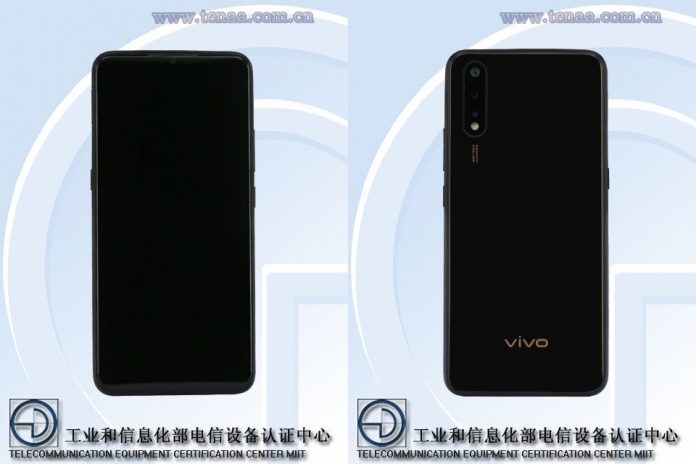 Recently a new Vivo phone with model number V1921A was spotted on China’s TENAA telecom authority database. The phone listing had carried only minimal smartphone specs. The Vivo V1921 TENAA listing is now updated with all of its specifications. It carries the smartphone images, too.

The Vivo V1921 has an AMOLED display measuring 6.38-inch. The waterdrop-style notch screen gives full HD+ resolution support for 1080 x 2340 pixels. The Vivo V1921A has a total power of 4.420mAh battery. Its typical battery capacity might be 4,500 mAh. The phone’s 3C listing that appeared in the recent past had revealed that its charger supports 22.5W of fast charging.

The smartphone boots to Android 9 Pie OS. The final product will feature FunTouch OS UI, being a Vivo device. The phone’s back side will have a vertical triple camera setup. It includes a primary sensor with 48 megapixels, a secondary 8-megapixel sensor and a 2-megapixel lens. The front notch is the home to the selfie camera of 32 megapixels. 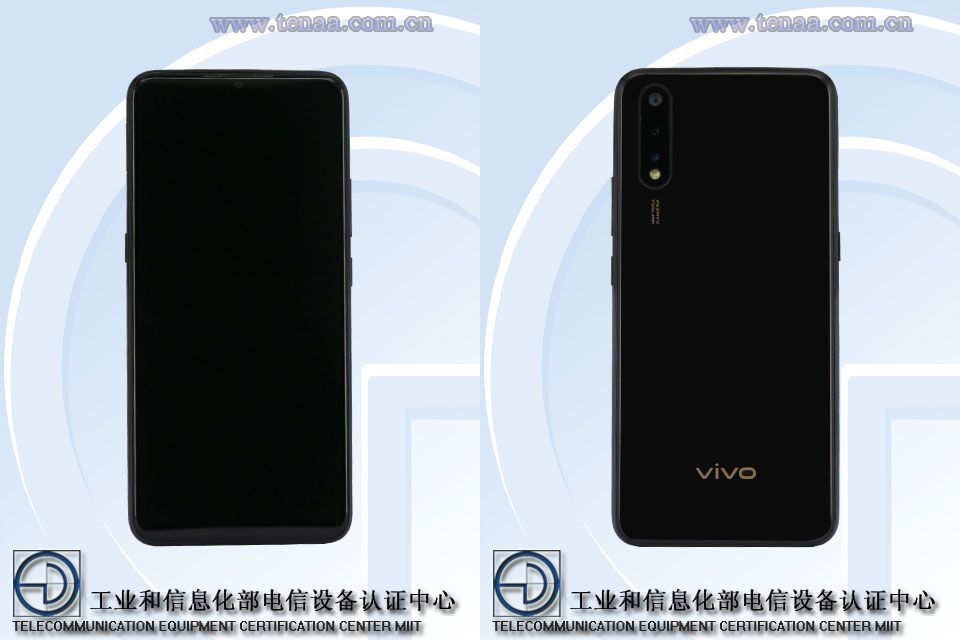 The left side of the smartphone appears to have a hardware key for accessing the Jovi AI assistant. The right side is built with a power button and a volume rocker. The phone size is 159.53 x 75.23 x 8.13 mm, and weights 189.6 grams.

The Vivo V1921A smartphone’s exact identity isn’t known yet. However, the handset appears to imitate the Vivo iQOO Neo gaming phone recently released. The iQOO Neo also features a waterdrop notch display of the same size, a fingerprint scanner in-screen, a 4,500mAh battery and up to 8 GB of ram. Even the newly discovered Vivo V1921 measurements mimic the iQOO Neo phone. The Vivo V1921A, however, appears to have a different chipset, and is equipped with better cameras. The iQOO Neo handset has a “iQOO” branding on the phone’s back but the Vivo V1921A has a “Vivo” logo on its back. It can be said, therefore, that it will not end up as an iQOO phone.